Woman Shot by Police Over A Foreign Alleged Killer 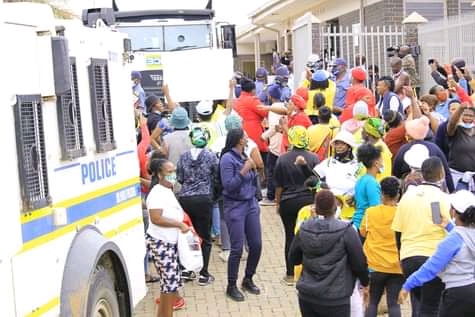 Tensions were high outside the Seshego Magistrate Court on Monday morning.The Community accused police to be more lenient on foreign internationals.

An alleged Limpompo serial killer appeared in Seshego Magistrate Court for allegedly killing 7 women.While the group of women were protesting outside the court , police use rubber bullets on them , one of the woman got shot on the leg,she was bleeding.

Community members in which the majority were women told Newzroom Afrika that it was just unnecessary for the police to react .Community were not armed or even throwing stones to them , one of the community members said they are bleeding inside and the fact that the alleged killer will come again on the 27th of January 2022 in Court, that doesn't take away the pain.