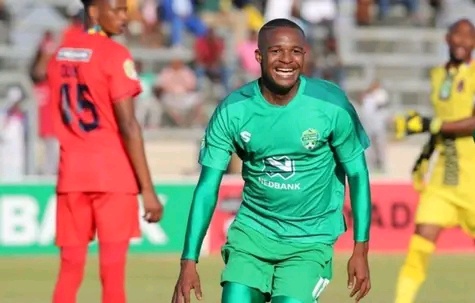 Former AmaZulu FC Thulani Cele who went in Georgia for trials is still missing.According to his cousin Khanda Manqele,Thulani went to trials after he was told by the man called Collen Baggio about trials .

Speaking to Ba2cada and Thwasa on Lesedi FM breakfast show he said"I don't know the agreement that brings him in Georgia after he attracted clubs from Norway and Sweden.He told me that he had to pay to go there.

"I said that's very strange because I was a soccer player myself,I've been into trials before hence I never pay for traveling.I asked is there any letter that invites him for trial ,he said no.Then I requested him to bring the letter.

"We got the letter upon my request,the letter said the accomodation will be paid by Agency.I worked as a contact Director for Nedbank Keyona and Baggio was an assistant coach. Collen Mashaba was the guy who is responsible for the trials.

"There after ,Thulani was accused on why he requested the letter and why he told people about trials.It got me suspicious ,if he was an agent he should be happy when people talk about him since this will put the agency on the good map.When Thulani arrived in Georgia he found out that it was a scam.