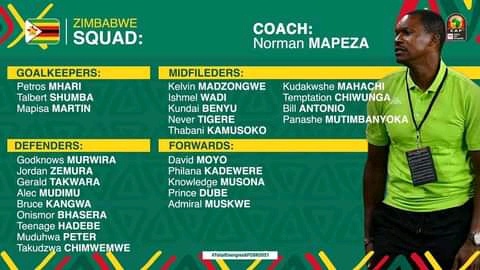 Zimbabwe National team will kick off their AFCON 2022 campaign with Senegal on Monday the 10th of January 2022.Thou there was a concern that FIFA might ban them from the tournament , it look like Zambians dream to play in the tournament this year won't be fulfilled unless miracles happen.

According to soccer24.co.zw Zimbabwean head coach Norman Mapeza has instilled tough rules for the players in order to get the highest level of concentration.No one is allowed to gadget ,be in a possession of a cellphone ,musical player during meals and training even on the bus .

These rules applied to everyone in the team except the Communication Officer Liberty Mugari of the Zimbabwean Football Association.