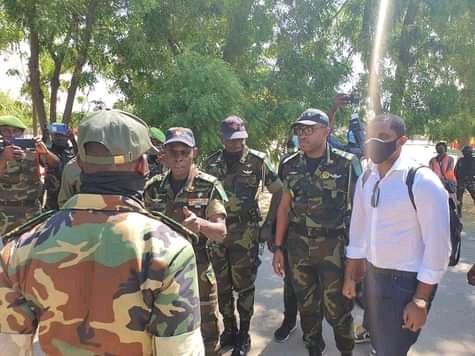 Cameroon has deployed soldiers in the South West Region where AFCON matches will be playing.The decision was taken after receiving threats of disruption planned by the people from the South West Region.The tournament is expected to start on the 09th of January 2022 till the 06th of February.

Residents of Buea and Limbe in the South West Region told www.voanews.com that in the past two weeks there has been noticeable soldiers with trucks moving around the streets.The student from the Old University of Bueau said "It is difficult to move from one area to another without meeting soldiers or securities ,they are everywhere controlling the situations.

According to Military department in Cameroon they have been deployed to give protection to football players , officials , fans throughout the tournament.In the South West Region will be Gambia , Mali , Mauritania and Tunisia.

Spokesperson of the group called Ambazonia Defence Force (ADF) , Tapang Ivo says he has warned CAF that they should not bring matches in South West Region since they are fighting with the Cameroon Military , "We are avoiding a situation where visitors will be caught in crossfire ,they shouldn't be present where there is a war going on".14 people wounded in November and December after bombing at University of Buea.

Bilai says residents and visitors should not be afraid ,the same group made the same threats a year ago before the African Nations Championship.