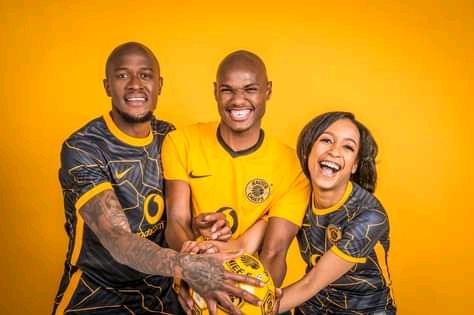 Kaizer Chiefs defender Sifiso Hlanti is ready to take any challenge. Hlanti has joined Amakhosi from one season that he spent at Swallows FC.When he first came at Chiefs it was under his former mentor Gavin Hunt but due to Fifa ban Kaizer Chiefs couldn't signed him.He was amongst the players who represented Bafana Bafana in the AFCON 2018 in Egypt.Bafana Bafana managed win that match by a goal to nil goal by Thembinkosi Lorch.

Hlanti "said he is hoping that this season 2021/2022 will be much better compared with the previous one.In his professional career he has won number of trophies like MTN 8 and Telkom Knockout Cup.Speaking to Kaizer Chiefs media said "Iam positive about everything and I know there will be a lot of challenges and expectations but what matters most it's how you react and respond ". Kaizer Chiefs hasn't won a trophy in more than 6 seasons,The last time they won the trophy was under Stuart Baxter before he left to Supersport United.

Hlanti couldn't take part in the Caf Champions League Final when Amakhosi lost to Al Ahly by 3-0.Amakhosi by releasing Yagan Sasman and Siphosakhe Ntiyantiya that has opened doors for Sifiso Hlanti. Kaizer Chiefs has just won the Carling Black Label Cup against Orlando Pirates to boost their confidence going to the new season.