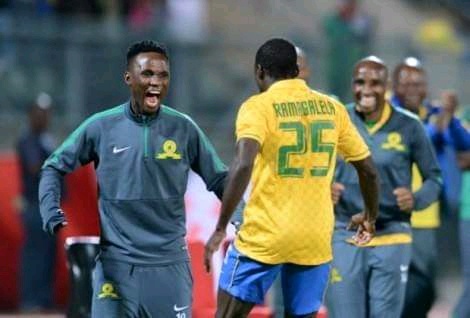 Former Black Leopards striker Rodney Ramagalela has found the way to avoid relegation as Black Leopards couldn't escape the axe. The veteran striker is on the move to join Gavin Hunt at Chippa United after parted ways with Black Leopards.Sekhukhune United is on the serious business to stay in the premier soccer league ,after signing Willard Katsande from Kaizer Chiefs last week now they have signed the Zimbabwean International Midfielder Blessing Sarupinda from Caps United.

Chippa United survived from the Psl promotional and relegation playoffs ,They will need more quality players to avoid play-offs or relagation in the Dstv Premiership season 2021/2022.Sanele Gaxa 22 years old youngster from Cape Town City has been loaned to Cape Town All Stars.Katlego Mogamme has joined Mamelodi Sundowns but he might join Swallows on a permanent deal as things stand.

There were rumours around the social media about Supersport United midfielder Sipho Mbule that he has signed with Kaizer Chiefs , His agent Mike Makaab said there's no deal for Sipho Mbule currently as it stands.The player is got a long term contract with Supersport United.Speaking to Gagasi Fm news Makaab said"Any team that will want to sign him must negotiate transfer terms with the club then as a agent it's where I'll step in "said Makaab.