Quantum And Vehicle Swept Away By Flash Floods 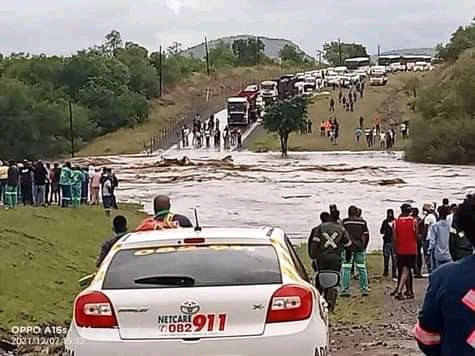 A Quantum and a light vehicle were swept away by flash floods in Steelport, Limpopo on Tuesday.The taxi was recovered but the drive is norwhere to be found at the time of this report,but the search continues.

Limpopo Traffic Spokesperson Mike Matings told Newzroom Afrika that the incident happened on Tuesday afternoon around 3pm ."From the information we gathered is that ,the driver who is a son of the taxi owner was alone at the time the incident happened.He was on the way to fetch the staff as he's part of his job unfortunately he couldn't pass the flash floods.

"No cases has been opened yet especially in light vehicle, two were recovered except the occupants who are still missing. Will be in touch with the police and Disaster Management for further details "said Maringa.