Pitso Mosimane : Sundowns were Number 14 When I Joined Them 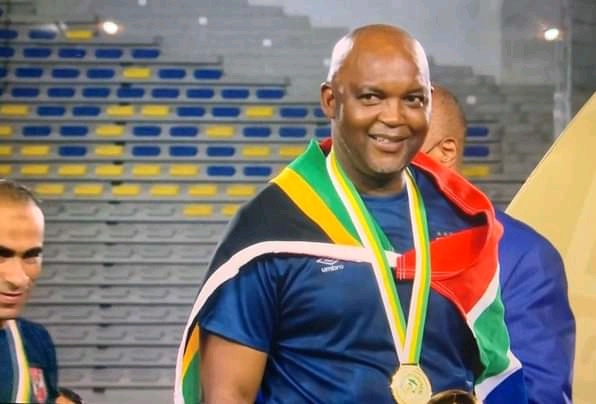 Speaking to Victor Molefe at Ukhozi Fm Pitso said"I heared people claiming that I'm coaching clubs who are able to buy quality players ,At Supersport United I searched players on my own I brought Daniel Matsau who were rejected by Kaizer Chiefs ,the likes of Mokoro ,Ricardo Katsa ,I found Siboniso Gaxa at school and Daine Klate from the school of Excellent "said Mosimane.

"Under my leadership Supersport United managed to qualify for Top 8,in 7 years at the club we played 6 cup finals ,I lost 4 and won 2.We were runners up in the league 4 times.I had a pressure but it was a good achievement for the club like Supersport United.At Mamelodi Sundowns I bought far less players compared to previous coaches.At some stage we have to move on with our lifes,Bongani Zungu,Keagan Dolly and even Patrice Motsepe have left the club ,why it has to be an issue when I left ?.Players who left at Sundowns they don't go back ,I can name Siboniso Gaxa who joined Kaizer Chiefs and recently Keagan Dolly".

About the language in Egypt Pitso "said it's not easy to learn a new language but you must be willing to learn."I do have an interpreter at the club.Currently Al Ahly has managed to catch Zamalek who were leading on the log as they were behing on match played.Al Ahly won 2-1 against the tough Wadi Degla in the Egyptian premier league match.Pitso said"We had a pressure because Zamalek won all their games to take the lead and we had to play catch ups.

"We had to play more games in a short space of time without 6 of my players who went to represent the country in the Tokyo Olympics.We drew 2 and won the rest ,here in Egypt winning the league it's more prestigious".