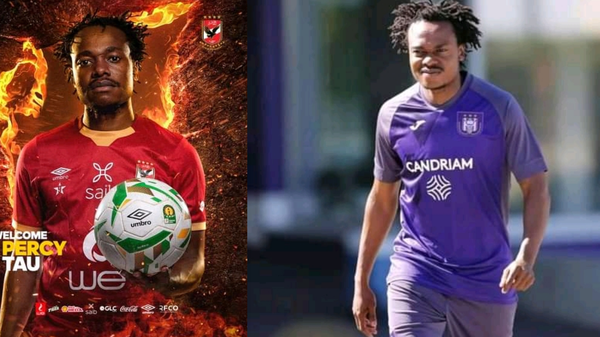 The South African born striker suffered a Harmstring injury when he returned to Cairo from Bafana Bafana according to the medical staff reports .

Speaking to Al Ahly TV Ahmed Abon the head of medical staff "said it's nothing serious ,his training alone with his therapy in a week time he'll join the rest of the team.

Percy Tau played for the number of clubs before joining the Egyptians giants , he played for Mamelodi Sundowns , Club Brugge , Anderlecht and Brighton Hove Albion in the English Premiership.