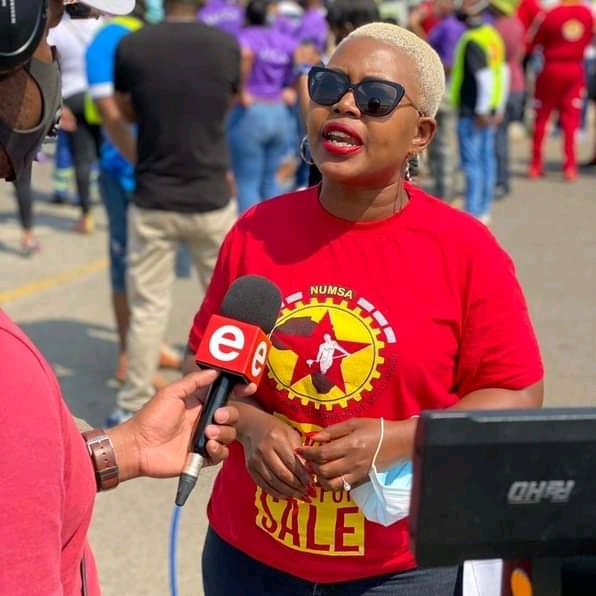 National Union of Metal workers of South Africa ( NUMSA) is demanding 8% salary increase from the employer.Phakamile Hlubi Majola spokesperson of NUMSA "said we have deadlocks which is Tuesday 10th August with the employer ,if we can't find solutions will go on strike.

Speaking to Newzroom Afrika channel said"We are in the process of re-negotiating with the employer with the hope of finding each other.Our members have gone through a lot ,were deeply affected by lockdown.We are calling the employer to meet us to find amicable solution to avoid a strike "said Phakamile.

The union wants 8% salary increase meanwhile the employer has made the offer of 4,4% salary increase which were rejected by the Union.Phakamile "said they have issues that lead them to reject that offer ,"People shouldn't forget that last year our members couldn't get the salary increase in which we decided not to demand but to save the sector.Some of the members were retrenched ,so we want the employer to meet us halfway "said Phakamile.

"There were members who were earning R49 per hour who were replaced by people who are earning less than that.Will do our best as we have organised all our members to join the strike incase the employer doesn't wanna meet us halfway.Our members have made it clear about what they want and as a Union we are responding on that