Most wanted criminals caught by Community in Tembisa 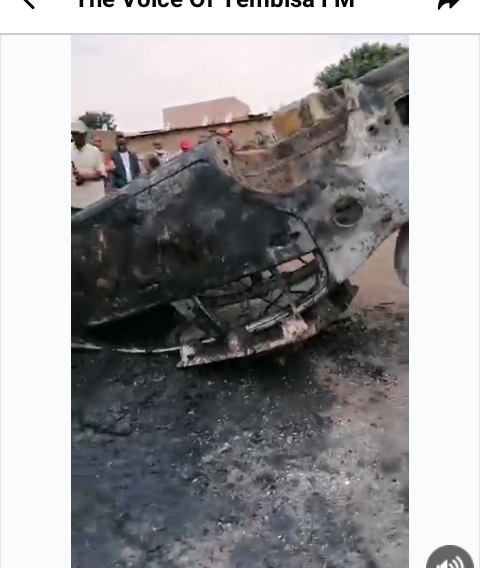 Last week members of the Community in Tembisa took a march to Rabasothong police station to deliver the memorandum of concern.According to Community members they were complaining that they are living in fear , a white polo is giving them a sleepless nights.

On Wednesday night members of the Community in Phomolong spotted a White VW Polo which is alleged that it is the same Polo who troubled them , according to the information given by the community to Voice of Tembisa FM reporter says they were three suspects in the car .

They tried to grab cellphone from one of the resident , they chased them , caught and one of the suspect got beaten he has been taken to hospital in a critical condition.Two suspects was arrested by the police.

A member of the community told Voice of Tembisa FM reporter that when they searched the car ,they found stolen cellphones and other items ,the car driven by suspects were burnt into ashes.This incident happened in Phomolong , Ethiopia Street in Tembisa.