Lucas Radebe : This Is How I Joined Kaizer Chiefs 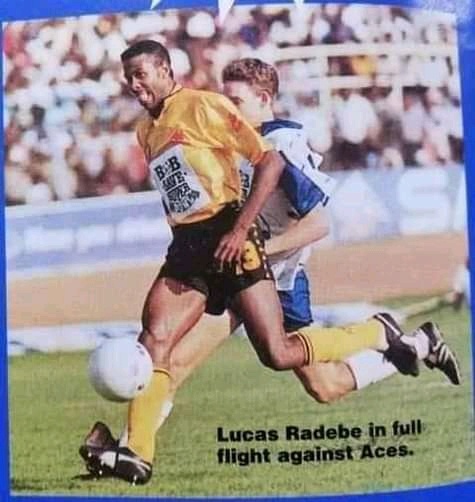 Speaking to Lungile Masondo at Jozi FM Big Breakfast Show said"I left Joburg to join Bophutswana based club ,my mother wanted me to be a doctor but my heart was in football.I joined Kaizer Chiefs at the age of 20.

"On my first season I became a player of the season. I got R10k unfortunately I couldn't continue with the school as football tooked over,I started focusing on football.Everything happened in my life was meant to be'he said.

"What I have learn in football is to be humble .I played 256 matches for Leeds United in those matches I became a goalkeeper against Manchester United.People in England couldn't understand how do I managed to play different positions as an African'said Radebe.

"In those days Africa was known by bad things only .I do enjoy meeting with people ,interacting, I do go to ekasi ,engage myself into Community programs like in Diepkloof ,Soweto I was there with an initiative called learning with Lucas.

"I also went to Naledi,Soweto alongside with the Gift of the Givers.I always ask youth to wake up and do something for themselves.