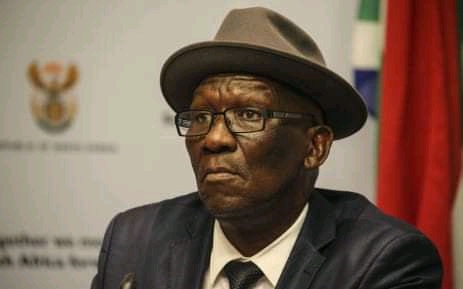 Advocate Malesela Teffo says he was appointed by Sifiso Meyiwa the brother of the late Senzo Meyiwa in 2020 to investigate the murder of Senzo Meyiwa which took place in October 2014 in Vosloorus.Malesela revealed that at one stage police were told to arrest him , after he was asked by Police Minister Bheki Cele and National Commissioner of Police Khehla Sithole to terminate his mandate on assisting Meyiwa family.

Speaking on SABC News said"Police were ordered to arrest me on something which is impossible to understand.I was a police officer for 19 years I resigned in 2014.I started to serve as advocate during the time I was given the mandate ,I did my own investigation.I find that the problem here is the National Commissioner and Police Minister.

"They were interfering on the investigation of the murder of Senzo Meyiwa to an extend that they end up compromising the investigations .There were two cases ,one was opened by the team lead by Buthelezi in January 2019 and the other one were opened in October 2014 with the case no 636 lead by Khehla Sithole 'said Teffo.

"From the first case they were two theories , first it was alleged that they were intruders , two people entered the house carring a firearm and a knife to robbed those who were in the house when Senzo Meyiwa was killed. Another theory was that Senzo was shot by a mistake.

"On the case that was opened in January 2019 the theory was that they were no intruder who entered the house on the day when Senzo was killed,there were only 8 adults in the house including the deceased,I'm not counting children".