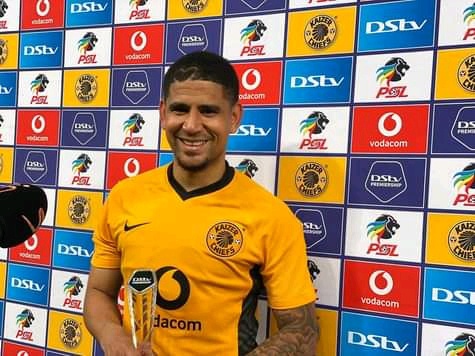 Kaizer Chiefs Midfielder Keagan Dolly "said he wanted to be close to his family that's why he decided to come back from France.

Dolly who joined Ajax Cape Town from Mamelodi Sundowns in 2012 said"I went to the tournament called Bayhill Cup in Cape Town it's how scouters from Ajax saw me.

"To play in France it was good experience ,there are few players from South Africa who are playing there,I spoked to Bongani Zungu , Lebogang Mothiba and Marshall Munetsi.The difficulty I had was the language ,I couldn't speak French but later it was better because they taught me the language.

"They were clubs from Belgium, Turkey ,Russia and Denmark who wanted to sign me but I decided to join Kaizer Chiefs since they shown the interest on me.

"Playing for Bafana Bafana it's always great ,I once play in the under 23 in the Olympics.Currently we have a good team and they are doing well".