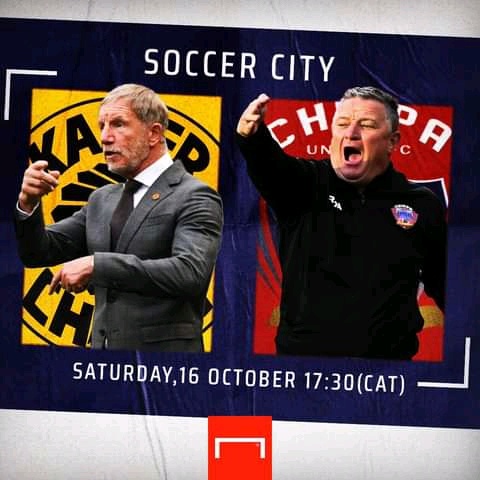 Amakhosi 4 life will have to fight back to redeem themselves when they face the Chilli boys in the DStv premiership match at Fnb stadium.

Kaizer Chiefs coach Stuart Baxter has made number of changes in the starting line up.The match will kick off at 17h20. Starting line up read as follows :