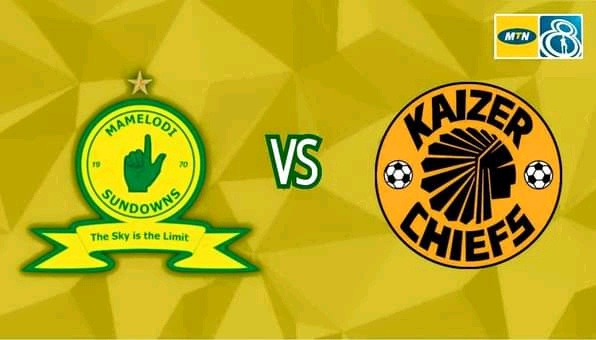 Kaizer Chiefs Communication Officer Vina Maphosa "said Amakhosi Supporters should rest assured that on Sunday when they face Mamelodi Sundowns they will win the match.Speaking at Vuma FM the commercial radio station in KwaZulu Natal said"Sundowns must know that on Sunday they will be beaten and Alex Shakoane Mamelodi Sundowns Communication Officer must not fight on Monday after we beaten them "said Maphosa.At Chiefs it's been a while not having the squad that we have now,you saw a sample in the Carling Black Label Cup said Maphosa".

Alex Shakoane said"We respect Kaizer Chiefs it's one of the big clubs in the country but pound to pound on players they know that they can't compete with us,we have quality players than them and the young chairman Tlhopane Motsepe said Shakoane".Vusumuzi Vilakazi Golden Arrows Spokesperson "said the pre season tournament that they had last week a KZN premier Cup has assisted the new coach Lehlohonolo Seema to identify strength and weaknesses going to the new season.

According to Vusumuzi the club lacks finishing upfront they can create chances but converting them it's still a challenge.Speaking at Vuma FM Sports said"Mthokozisi Dube is back at the club ,the player himself has told Orlando Pirates that he wants to stay at Arrows.I can confirm that he will be our player permanent now ,it's better to have such players in the team ,players who loved the club said Vusumuzi"

Phumlane Dube who is a Spokesperson at AmaZulu "said all preparations went well going to the MTN 8 quarter final game against Cape Town City on Sunday at 18hoo."On Saturday will have a training just to finalize our preparations before the game.The are players who might not be part of the game like Thabo Qalinge who is injured , Siyethemba Sithebe were given 2 weeks to rest in which that 2 weeks is over now but I'm not sure wheather the coach will use him or not.In the Caf Champions League we were drawn with the Malawian based club Nyasa Big Bullets in the prelimnary round".