Kaizer Chiefs Players On The Weekend Off 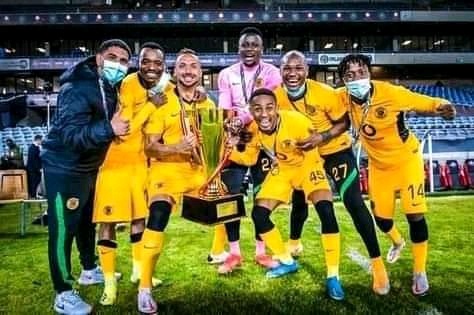 Kaizer Chiefs players couldn't take a break during the off season as they were involved in the Caf Champions League tournament.Week later after the final they had to prepare for the pre season match against Orlando Pirates in the Carling Black Label Cup.

This long weekend will help the players to relax ,have time with their families before going back to training to prepare for Mamelodi Sundowns game.Almost all Psl clubs have already started to make preparations for the new season.Carling Black Label Cup will bring hope ,confident and strength to Kaizer Chiefs players following the disastrous seasons they had in the past.

When Stuart Baxter joins Amakhosi for the first time years back he lost 4-1 to Mamelodi Sundowns in the MTN 8. The last time Amakhosi lift the trophy was under his guidance.The rumours around Sipho Mbule Supersport United midfielder were cleared by his agent Mike Makaab who "said the player is still contracted to Supersport United therefore he hasn't signed with any club ,any team that wants him has to contact Supersport United regarding transfer fees.