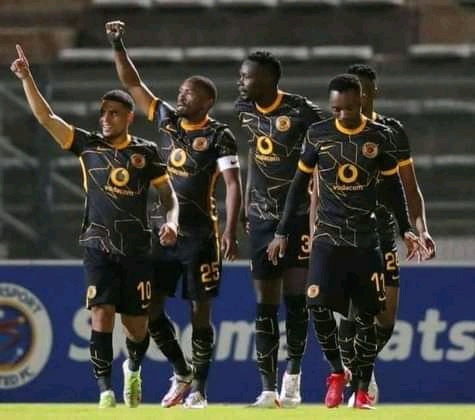 On the 09th of December 2020 Amakhosi were under the leadership of Coach Gavin Hunt , Amakhosi hosted Black Leopards in the first edition of the DStv Premiership at Fnb Stadium.

In the second half ,Kaizer Chiefs came stronger to end the match in 2-2 goals by Bernard Parker and Khama Billiat.A Year later in 2021 from Kaizer Chiefs squad only three players left the club from the team played in 2020 , Philani Zulu joins AmaZulu FC and Kgotso Moleko , Willard Katsande joins Sekhukhune United.

Changes from the technical team in 2020 it was Gavin Hunt , Arthur Zwane and Dillion Shepherd , then in 2021 it's Stuart Baxter the head coach with the same Assistants and Molefi Ntseki as a Head of Technical and Development,In 2020 Ntseki was at Bafana Bafana as a head coach when Amakhosi drew 2-2 with Black Leopards.

What is common about this day is that in 2019 Kaizer Chiefs played against Bloemfontein Celtic and won 5-3 ,in 2020 drew against Black leopards both of these clubs are no-longer in the DStv Premiership in 2021. Its a different coach always on this day , in 2019 it was Ernst Middendorp , in 2020 Gavin Hunt and in 2021 Stuart Baxter.