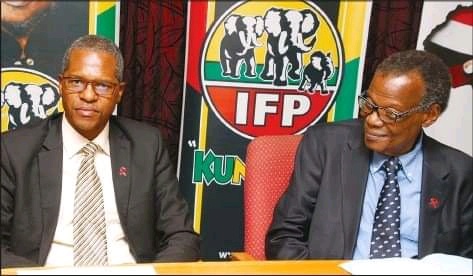 Inkatha Freedom Party president Velenkosi Hlabisa said as the party they accept the decision that the former state president has began the 15 months sentence for the contempt of court."We have made the call to all KwaZulu Natal residence to respect the law.We cannot allow lawlessness to take place ,If the former state president Jacob Zuma complied with the order of the constitutional court we wouldn't be talking about his arrest today "said Hlabisa.

Speaking to Newzroom Afrika said "The message is now clear to everyone irregardless of your status , Everyone who's been implicated to any form of corruption should be arrested".The former Johannesburg mayor and the current Action SA president Herman Mashaba said It's very sad to see the former state president being arrested but on the other hand the judiciary has brought hope to the people.

"Even thou the other parts of the judiciary is still captured ,we appeal to the ANC to look at themselves individually. ANC shouldn't pretend as if there's two ANC's ,there's the good ones and the bad ones the same people who are in the Cyril Ramaphosa cabinet are the same people who defended Jacob Zuma in his 700 cases "said Mashaba.

"They had audacity to elect him to be the president of the party.The law should operate irrespective of your status ,scorpions should be brought back to work independently without any political interference".