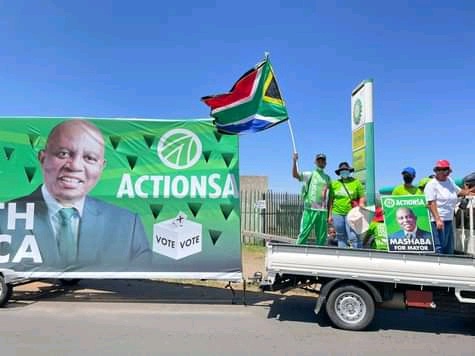 Sydney Masingi who grew up with Cyril Ramaphosa told Newzroom Afrika that he believes Action SA Leader can bring changes in Soweto.

Mr Masingi cast his vote on Monday morning on local government election day at Hitekani Primary School in Chiawelo,Soweto.This is the same voting station where Cyril Ramaphosa cast his vote.

Masingi said"I'm voting for the change ,I have no doubt that Mashaba can bring the change. According to Newzroom Afrika reporter ,residents are on the streets in Chiawelo,Soweto showing their dissatisfactions about the ruling party ( ANC).