Edward Motale - Fadlu and Ncikazi should be given another year 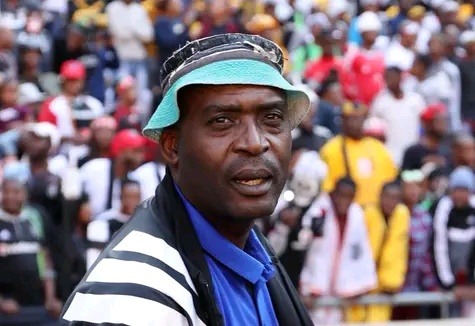 Orlando Pirates legend Edward Magents Motale has suggested that the current coaches at Orlando Pirates Mandla Ncikazi and Fadlu Davis should be given another year.This after they lost in the final of the CAF Confederations Cup against RS Berkane from Morocco.

Speaking on Thobela FM Sports Sports Motale said"I'm so dissapointed at the same time I'm so happy that the big club reached the final in the CAF tournament.To tell you the truth we should have won 3-1 counting two chances Deon Hotto got and Happy Jele with a header.

"I'm broken heart but we will try again next time.You will never understand our coaches sometimes ,Ben Motswari and Vincent Pule played well in the Semi Final against Al Ahli Tripoli at Orlando Stadium , but in the final they were seating on the grand stands.

"I'm not in the technical team to understand such decisions but what I know is that ,don't fix if it is not broken.I suggest they must be given another year to lead the club ,not that they are playing bad perhaps getting another year will give them enough time to work with the team ".