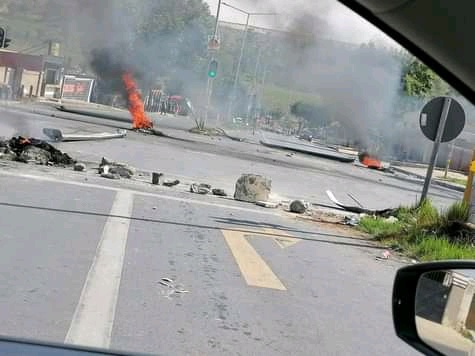 Community Leader in Diepkloof ,Soweto Nhlanhla Lux Dlamini says Eskom doesn't respect the constitution of South Africa.He says this after Eskom disconnected power over 700 houses in Diepkloof.According to Eskom statement this was due to unpaid electricity,Meter bypassing and illegal connections.

Nhlanhla said"you have a third generation people here,who are unemployed, is Eskom expecting the very same people who receive R350 government to pay up to R6000 with immediate effect ?.

"That's insane ,Eskom is planning to shut down Soweto they are using Diepkloof Zone 3 as a case study.We are not going to allow that ,With due to respect all political leaders must go including Mpho our new Mayor .Clearly she became a spokesperson of Eskom instead of being a spokesperson of the people who voted her .She hasn't been in this community ,we have lost grannies.

'If political parties are not going to lead this country ,we are going to lead ourselves .We gave them the database which is not our job ,we don't have infrastructures and houses in our area."