Benni McCarthy : Referee Had Other Decisions 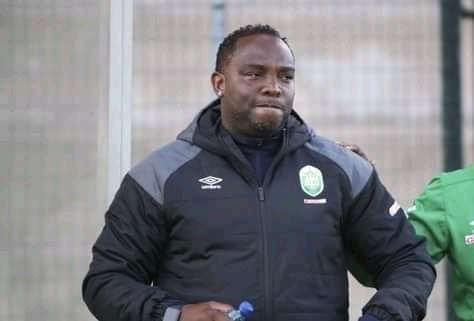 AmaZulu FC coach Benni McCarthy has decided not to dwell much on the controversial penalty that were given to Kaizer Chiefs in the 94th minutes.

McCarthy said"In football you have to play till the final whistle. Unfortunately we got a point but it's better than a defeat.My boys did what they supposed to do , we dominated and control the game.Chiefs were playing long balls relying on crosses.

"We played behind their midfielders penetrating passes of Maduna, Memela and Ntuli. We got some joy on it ,after we were 1-0 up Memela had another chance interlink play with Ntuli.

"If you don't use those chances you will be exposed like we did in the last minutes.Penalty against us it's not what we were hoping for ,Kaizer Chiefs is Kaizer Chiefs they are a big team they've got big players ,they played till the final whistle "said McCarthy.

"We have to accept the point and move on to the international break ,give players a break ,focus on our next game CAF champions league,it's a big one.When you play against big opponent's you have to up the standard.

"We have to lift our game ,the referee and Officials had other decisions so I have to accept a tough decisions against us ,we had to proceed on what we did today .If you talk bad about officials will be called for DC it's better to try to keep it positive ,polite and smiling .