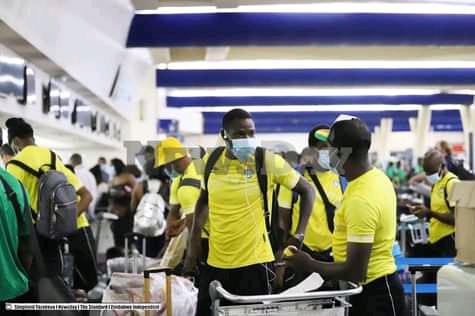 FIFA gave Zimbabwean Football Association till the 03th of January 2022 to reinstate the suspended board members.Zimbabwean Sports Minister suspended nine board members over the allegations of harrassment of female referees.

Zimbabwean National Team is currently in Cameroon to prepare for their first match of the tournament against Senegal on the 10th of January.In the event that Zimbabwean Government failed to comply to FIFA instructions ,will be Suspended due to Government interference and could be replaced either by Zambia or none.

Zimbabwe played a preparatory match against Sudan which ended in a 0-0 draw.From Kudakashwe Mahachi's injury ,he is expected to shake off the thigh contusion from the Sudan match in the next three days