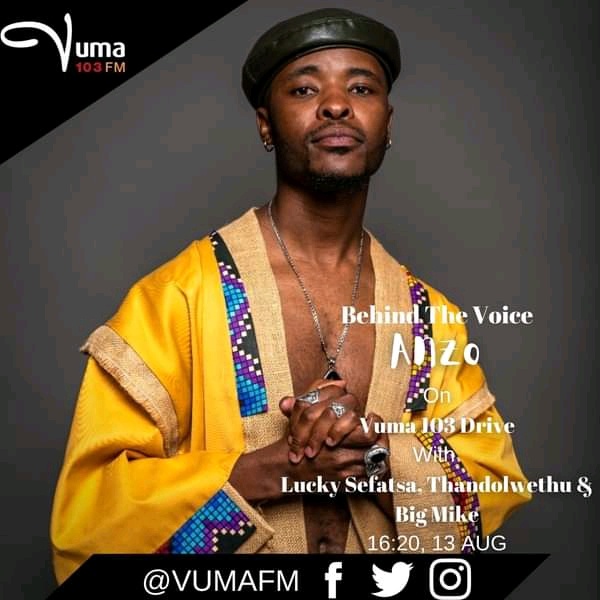 Vuma FM afternoon drive show host Lucky Sefatsa had the interview with the Gauteng based Hip hop artist Andile Anzo Ngubeni on Friday afternoon.The show is hosted by Lucky Sefatsa ,Thandolwethu and Big Mike on the Sports Desk.Andile "said Ntokozo Zakwe a rapper from KwaMashu in KwaZulu Natal has helped him a lot in his career.

Speaking to Lucky Sefatsa said" It was difficult for me when I first get exposed till I met Zakwe who introduced me well in the game as he was doing well.In this industry you need to adapt because times are changing and things are nolonger the same as before said Andile".

One of the difficulties he had in Gauteng was at primary school, he "said they were speaking Sesotho language a lot hence he's from KwaZulu Natal.In his first solo project under 1020 Cartel there are songs like Dlala a title track produced by Vuyo Manyike, Delakufa "said it took him 2years to finish everything around the song and Umfowethu song.