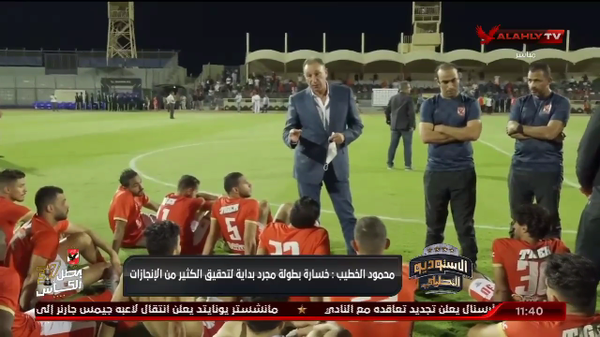 President of the Egyptians Giants Al Ahly El Khatib has told his players that coach Pitso Mosimane deserves to be honoured for what he did in the last period.El Khatib had the meeting with the players just after their league game against El Gouna. The match ended in a 3-3 draw which automatically made Zamalek to be the champions of Egypt.

El Khatib said"We are proud of each and everyone of you , despite you losing the league you have won the Caf Champions League in two consecutive times and you got the bronze medal in the FIFA club world cup.We fully trust coach Pitso and our captain Sayed Abdeltafiz and our medical , administrative staff you all deserve to be honoured" said Khatib.

"Our fans fully appreciate your effort and will always support you no matter what happens ,you've made them happy a lot and that's your obligation towards them".